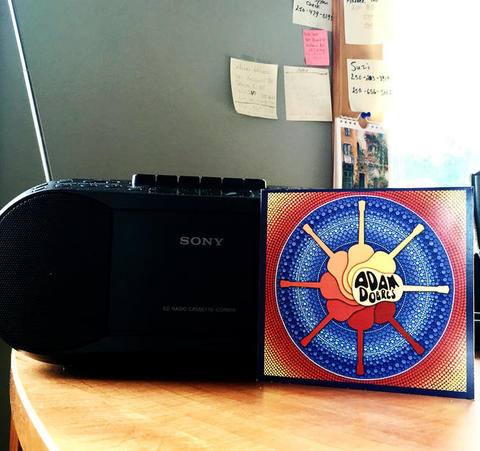 Many world-class musicians of every genre make the Gulf Islands and Vancouver Island their homes. While 'Shopping Local' is a positive trend, we try to 'Listen Local' as often as we can too, and thankfully, it's not all that difficult to find mind-blowing music by local musicians on the islands where we work and live.

We just acquired the CD released by a newer Pender resident, the utterly likable character named Adam Dobres. When we popped it in our office CD player for a listen we were instantly transported into...acoustic guitar heaven. As perfect as a steaming plate of exquisite comfort food - fine dining style, seated in over-stuffed chairs while getting foot massages. We momentarily questioned where Adam keeps his third hand, because surely only two hands couldn't fingerpick so smoothly?

Here is video evidence to show that this soft spoken and kindly man is indeed a mere 2-handed guitar picking genius:

Adam Dobres has been playing since he was 12 and has explored every genre you've heard of. His new CD is musically multidimensional with influences most obviously expressed to our non-musician ears as jazz, blues, world music and folk. He's toured, played with, supported, and opened for some impressive names of both Canadian and International acclaim, you can read more about his musical history HERE.

We highly recommend you get yourself this album, his website is currently being remoddeled but the music is available in both CD and digitial download formats HERE

If you see the name Adam Dobres and it's this man playing live somewhere near you, don't miss the chance, go, GO! 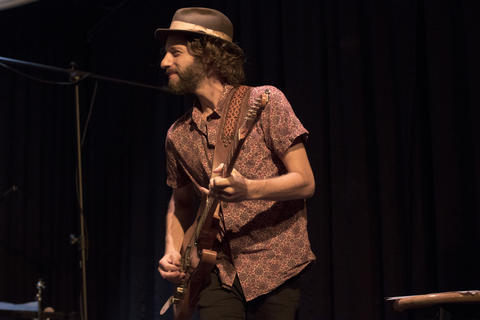