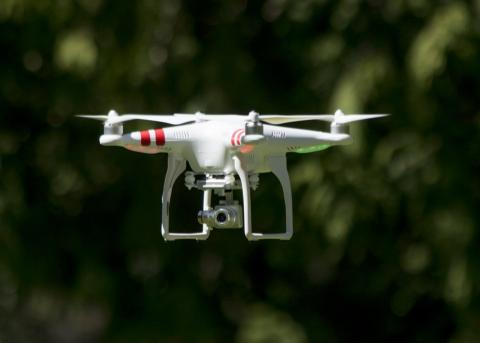 Help Us Name Our Video Drone

Will you help us name the drone? Please email your submissions to rachel@docksiderealty.ca or post them to our Facebook wall www.facebook.com/DocksideRealty. Submissions welcome from Pender  residents, full time or seasonal, of all ages. Suitable (family-friendly) submissions will be posted on Facebook for votes, whichever name gets the most votes wins!

Winner of ice cream cones for 4 at The Stand will be announced August 1st.

About Our Funny Little Video Drone

Dockside Realty has a fun new toy – a video drone that shoots videos from up to 400 feet in the sky!

We use it mostly for aerial photos and video presentations of properties, though we occasionally take it out for various events as well.

Though we know it’s merely a machine, sometimes it almost seems our video drone has a personality. It’s rather eccentric at times, sensitive too!

For a week or so our drone wasn't 'behaving' itself. Sam was flying it on Saturna Island when all of a sudden the drone seemed to get confused, flying around in berserk, random movements. The drone seemed to be lost - it didn't come 'home' to Sam when he used the remote in attempts to control it, it flew away and crashed sadly into an arbutus tree. 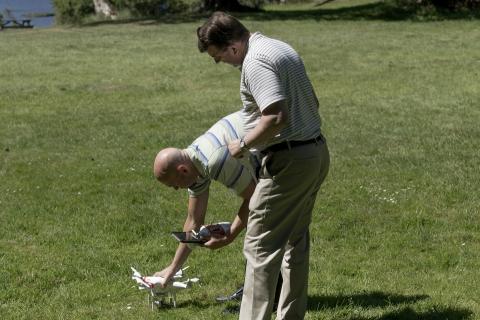 Howard and Sam were distraught - was our new little friend fatally broken? They took it to Thieves Bay to see if they could fix it or figure out what was wrong. It was distressing at first, the drone didn't know where it was, it kept trying to fly off in random directions. 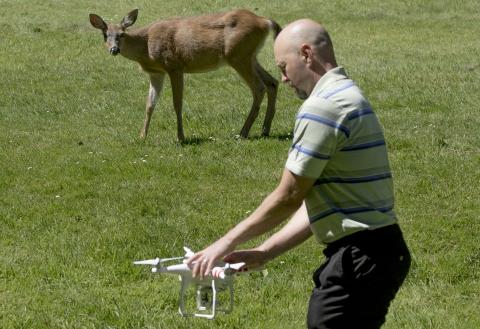 Finally Sam and Howard had an AH-HA moment! It seemed the drone needed to...to find itself. That's right, the drone didn't know where it was unless it had plenty of time to connect to the satellites that tell it where it is in the world.

So now the drone is happily zooming overhead various locations on Pender and Saturna islands. Yet it seems what the drone needs, this little machine that gets confused sometimes, is a name. Plus it's pretty darn cute and as close as we have to an office 'pet'! 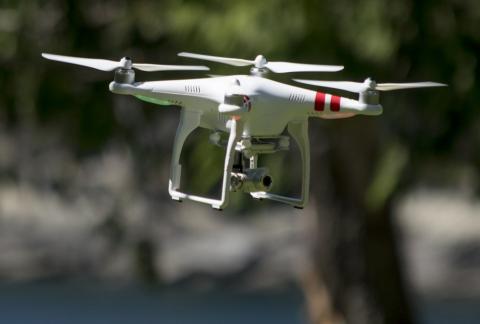