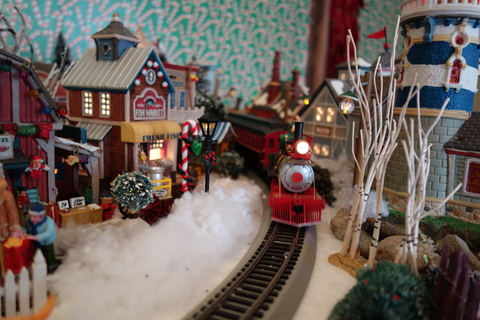 Evan Calvert and his wife Joanna were long time Penderites. For several decades, Evan would set up his magical train set for his family each year, adding to it and improving it along the way. It takes about 40 hours or more to put it together! As the kids and grandkids grew older, he felt the time had come to share it with others. In 2015, he approached us and asked if we had an available space at Hope Bay. At that time, the current space of the Pender Island Vet Clinic was vacant, so we happily offered it up. The display was a huge hit and Evan was beaming with pride, as children and adults alike came in to marvel at "Evan's Christmas Train" display". Evan put out a donation jar for the food bank for those that wanted to contribute and he raised several hundred dollars that year. 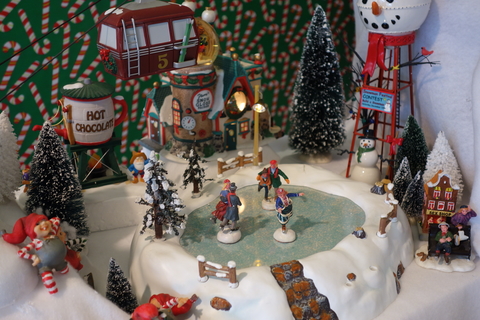 Sadly, Evan passed away suddenly in 2016. His wife, Joanna, approached us in the fall of 2016 and asked if we would like to carry the torch for Evan, to start a tradition of setting up the display annually for the entire community of Pender. We agreed wholeheartedly and were humbled and honoured when Joanna and her family generously donated "Evans Christmas Train" to Hope Bay. A group of Evan's close friends, whom we call "Evan's Christmas Elves", have been volunteering their time each year to set it up. We are deeply thankful to the head elves, Peter and Linda Emery, as well as Neil and Val Hageman, who have volunteered hundreds of hours in the last three years and raised well over $1000 for the food bank and the Lions Club. Past elves also include Steve Alvey, Rick Mudie, Arnie Alksne and Robin Goldie. We also thank Joanna Calvert and last but not least, Evan Calvert, in spirit, for giving us this beautiful gift, that we hope to share with Pender for years to come. 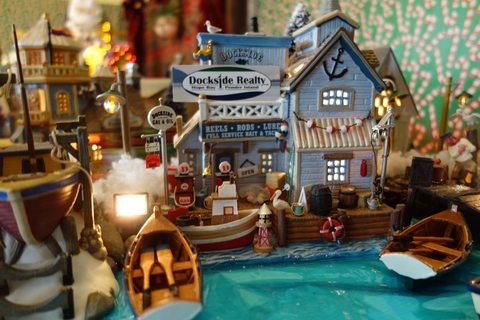 "Evan's Christmas Train" will be on display in December at Hope Bay in Suite 3, the former Red Tree Gallery. Look for announcements for the times at the Facebook Page for Hope Bay Store - A Collective. It will also be open for the Santa Ship on December 15th at 12:30 PM